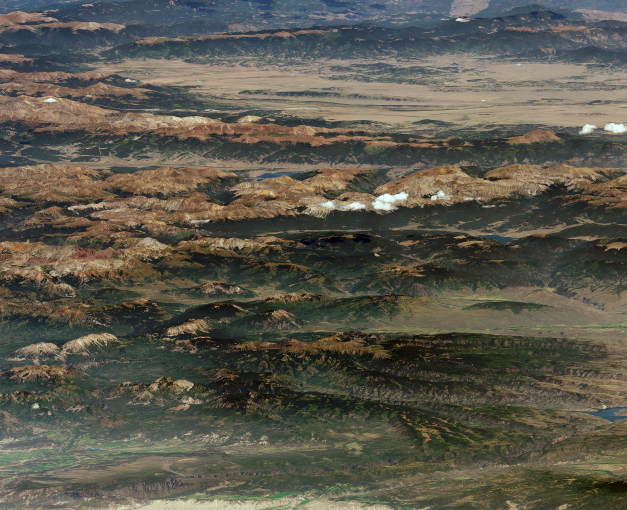 The American Landscape, From Space: Denver, the Rockies, and Colorado Captured by DigitalGlobe’s Satellite – The Atlantic

On September 10, 2015, a satellite named WorldView-3 was whisking on its regular path from pole to pole, locked in orbit 400 miles above the eastern Pacific Ocean.

WorldView-3 is one of the most advanced privately owned Earth-observing satellites in use. It’s owned and operated by DigitalGlobe, a corporation that supplies imagery to the U.S. National Geospatial-Intelligence Agency and Google Maps. If you’ve seen an orbital view of the planet that showed streets and buildings, it’s likely you were looking at an image captured by WorldView-3 or another DigitalGlobe satellite.

On that late summer day, though, WorldView-3 followed an unusual path. In the late morning, as it passed over the Pacific, it turned back and looked at the continent to the east. Gazing over Los Angeles; the Mojave desert; the Grand Canyon; and the southern tip of Utah, it captured an image of Colorado.

Here is that image, which has never previously been released to the public.